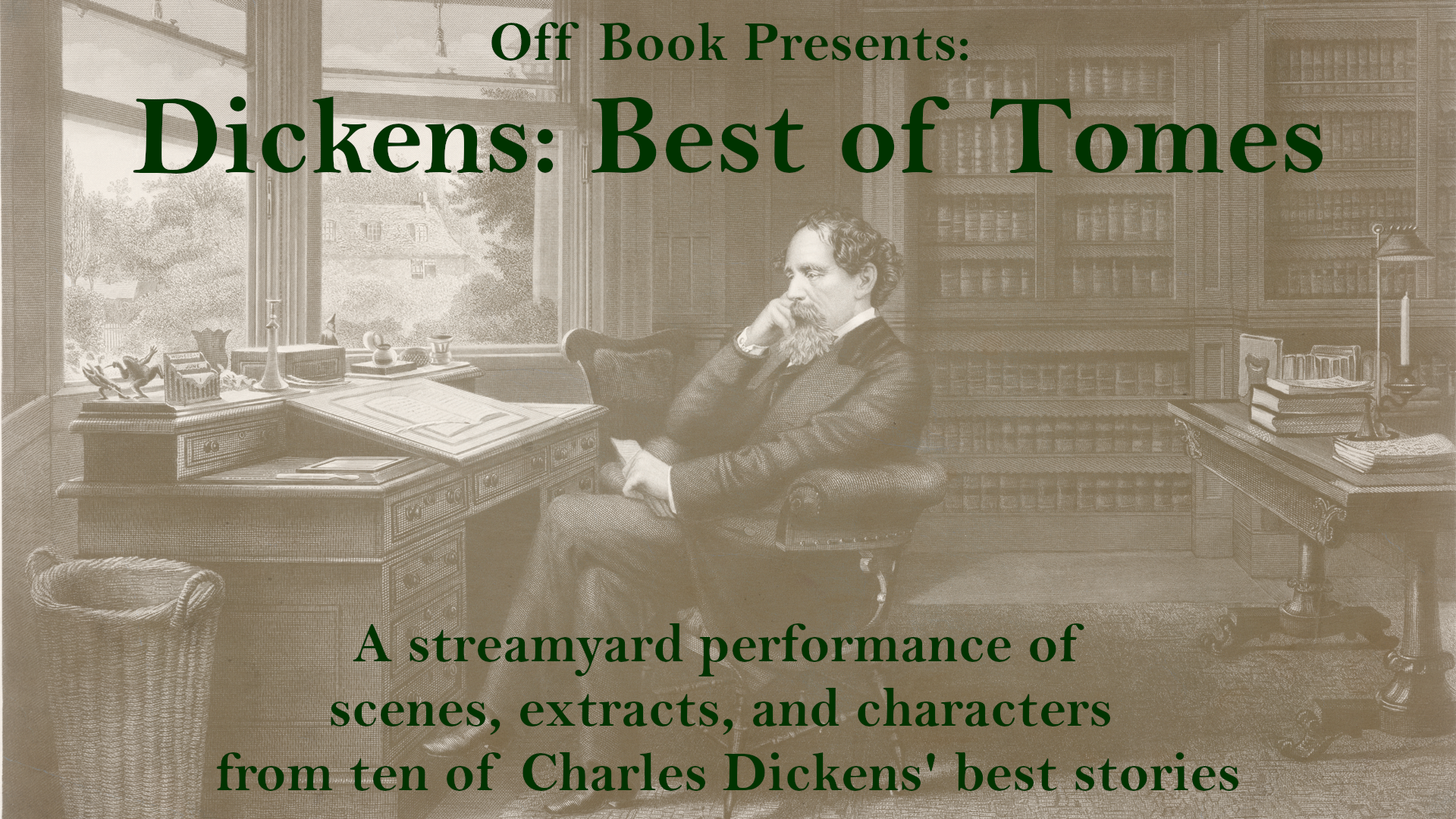 Following on from our first streamyard performance of The Chimes, we’re back with another production. This time it’s a revival of our very first show. First produced in 2012, Dickens, Drood & The Best of Tomes has an updated script, a new name and it being performed on a stream. The recording of which is now available for you to buy and enjoy.

Charles Dickens is preparing one final performance of his books. He loves performing extracts from his novels, but throughout his rehearsals his household staff keep interrupting. Featuring scenes from ten novels, and loads of Dickens trivia, this streamyard performance is brought to you by a cast of just three who bring dozens of Dickens’ biggest and best characters to life before your eyes. 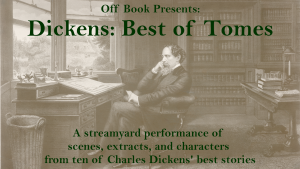 We receive no government funding so rely solely on ticket sales to keep producing shows. If you'd like to support us, we'd appreciate any donation, however small. You can donate to us directly on Ko-Fi by clicking the button below.