When Dan & Una go down to the meadow one summer’s afternoon to practise their performance of A Midsummer Night’s Dream, the last person they expect to meet is Puck, the mischievous trickster fairy himself!  Join the children as Puck tells them tales of old forgotten gods, of bold knights & sacred swords, of Vikings on a thrilling quest for gold, of soldiers & battles, myths & legends and finally of the triumphant founding of the law of the land.  Together with their wily guide, the children learn of the magic and the great deeds of history that forged the Britain they (and we) live in today.

With a touch of Shakespeare, a twist of Magic and team of Puppets (and Actors) we travel through Britain’s early History From Saxons and Normans, Vikings and Celts to Romans and much, much more!

Puck of Pook’s Hill was performed by: 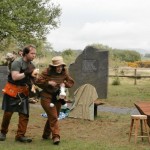 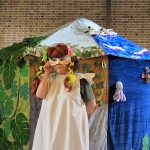 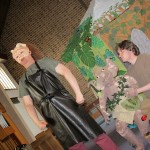 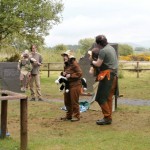 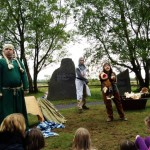